From 2017 to 2020 World Medicine worked along side NADA GB offering treatments at weekly free clinics to support victims and families of the Grenfell fire community.

The two Grenfell clinics were set up to help anyone affected by the catastrophic fire that destroyed Grenfell Tower in June 2017. The Grenfell clinics, which ran from October 2017 to March 2020, were a partnership between World Medicine and NADA GB. The last Grenfell clinic took place last year in March 2020 and has not opened since due to Covid concerns. This has given us the opportunity to review the project and it is now unlikely that we shall be returning to reopen the two clinics. There are a number of reasons for this: at The Space – indeed, space itself has been a problem. When we began the clinic there was an area towards the back which was designated for treatment use. More recently treatments were taking place on the soft seats near the entrance door. It was congested and not conducive for safe needling. At Al Manaar we needed to have committed sign-on by our host and unfortunately this was less obvious during the final clinics. In addition, our records show that take up numbers for both clinics were dwindling – while in our hearts we believe that if only one person is helped, then it is worth it but we are a charity where our supporters believe that the trustees would strive to be as efficient as possible and so we had to consider whether continuing was an appropriate use of our valuable volunteer efforts, or perhaps we needed to move on where we could have greater impact.

The first clinic at Al Manaar Mosque was led by Rachel Peckham. Here are Rachel’s reflections on the project:

“In October 2017, we ran the first NADA acupuncture group at Al Manaar Mosque for people in the community affected by the Grenfell fire. This felt really good to be able to offer valuable help for the traumatised in the knowledge that it was likely we would be able to continue this service for some time.

Prior to this in August 2017, WM organised a training day for acupuncturists who wished to volunteer for delivering the NADA protocol . I led the training which was particularly focused on the health and safety procedures unique to large groups of people receiving acupuncture simultaneously . We had to make sure this would be a professionally run and delivered weekly clinic which would continue for a year provided people benefited from the NADA treatment and groups . The weekly clinic proved popular and many people reported improved mental and physical health from having regular NADA treatments..

Two years on, with this venue still operating, we opened another weekly NADA clinic at The Space, a Centre/Hub providing support for the Grenfell Community. At this point, I handed over the running of the two projects to a part time Project Manager as we had been able to raise funds for this post. I continued to volunteer delivering treatments. Clinics were well received and appreciated and only came to an end in March 2020 because of the pandemic.

This service could only have come about because of the collaboration with World Medicine. Due to their charitable status and the many skills shared between their trustees we were able to run a training day for volunteers, raise funds for acupuncture equipment, collect and collate data and eventually pay a part time project manager to manage the rota of volunteers, promote the clinics and collect data.

Working with fellow volunteers delivering treatments has been wonderful and special . It has been moving, inspirational and hugely heart warming …. an immensely rewarding experience.”

The projects ran for two and a half years after the Grenfell tragedy and provided a free acupuncture service to about 320 people directly affected. 977 treatments were given. This is a considerable achievement and huge thanks and gratitude go to all the volunteers and particularly Rachel Peckham and her team for consistently organising and delivering this care.

Many thanks are also due to our sponsors The Clarkson Jersey Trust, Ramesh  Shah, Phoenix Medical and all those who donated to World Medicine during this period. The data available suggests that those attending did benefit in various ways. However the effects were limited by the fact that the majority only attended 1-2 times. This is a key learning point for us all for further projects. 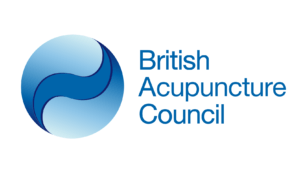 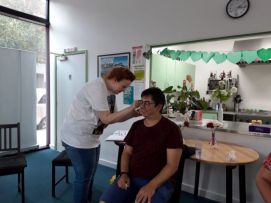 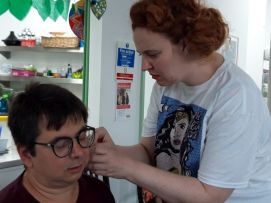 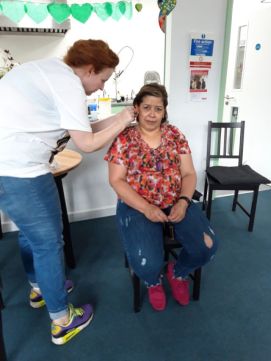 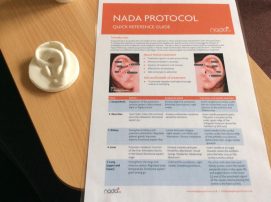 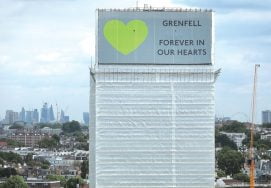 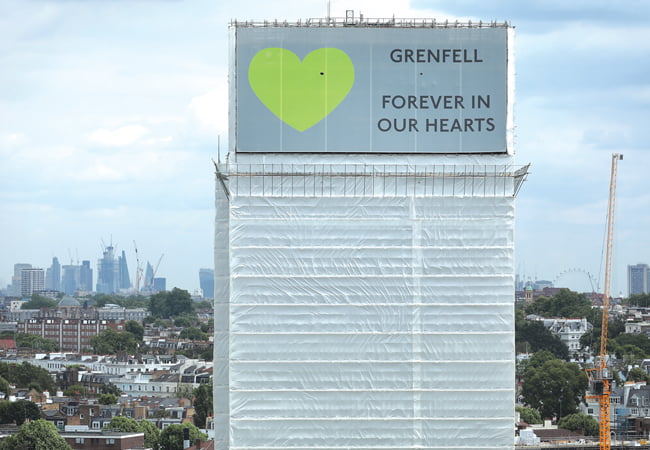