My Trip to India with World Medicine – Gary Carvill 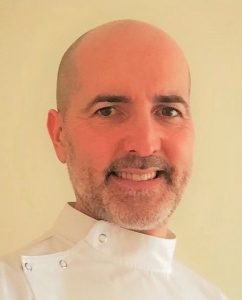 World Medicine is a charity which provides acupuncture around the world to people suffering the effects of trauma, disaster and poverty.  I was delighted when I received their email informing me that I had been selected to be part of their 2019 project in Gujurat, India.

However, the trustees from the charity had not held back during the interview I attended in describing some of the challenges I was likely to face and so there was also some apprehension and wondering what I was letting myself in for.

In January 2019 I touched down in Rajkot, Gujurat and walked out of the airport to meet the other acupuncturists and translators I would be working with for the next two weeks in a hospital in the rural area of Chaparda.

After a three hour drive we arrived at the ashram that would be our home.  In true India style, each bathroom had a selection of buckets that could be used for a ‘bucket shower’ if you were unlucky enough to be in one of the rooms where the shower didn’t work.  Fortunately, mine did!

The next day was spent preparing the clinics at the hospital we would be working from.  It was only a ten minute walk from the ashram and reminded me immediately of the ‘Good Karma Hospital’ for those who are familiar with the TV show.  A row of ambulances outside the main entrance, nowhere near as sophisticated as those we’re used to seeing in the UK, were parked alongside dozens of pairs of shoes removed by the staff and patients before entering the building.

There were two clinics, one for men and one for women, with about twelve beds in each.  Three acupuncturists would be working in each clinic alongside the translators and some local physiotherapy students who helped with massage, cupping and removal of needles.

The next day the clinic opened.  It was clear that the demand was going to be huge.  An advertising campaign including TV coverage before our arrival meant some people had travelled 200 miles for a chance to have treatment.  Some people slept in the hospital from 10pm the night before to ensure they were at the front of the queue.  At one point we were told ten people were being turned away for every person being treated so there was pressure on us to treat as many people as possible.  On the second day of clinic I started to take my own patients and managed to treat 19.  The next day 27 and the next day 38.

During the visit we managed to treat 379 patients and provide 1214 treatments.  At times it did feel relentless however it also felt a great privilege.  The people of Gujurat are some of the warmest and friendliest people I’ve ever met that showed a humility and gratitude that was incredibly touching.  The role of the translators was crucial in being able to communicate however with a few quickly learned phrases in Gujurati it seemed very easy to build rapport and connect with the patients.  Some of their stories were heartbreaking and sadly a few needed more than acupuncture or massage can provide, however many showed great improvements and continued to attend the clinic regularly for the duration of our visit.

One example was Mahesh.  A diamond polisher who works long hours in the local ‘diamond factory’ but who without any parents was responsible for looking after his younger brother and sister as well as his elderly uncle.  Mahesh had pain in most of his body particularly in his legs and lower back.  Typical of many of the patients we saw Mahesh held his body rigid with tensed muscles even while laid on the bed.  Telling him to ‘relax’ made no difference as if the concept was alien to him.  During our visit Mahesh had five treatments including acupuncture, electro acupuncture, massage and use of a heat lamp.  Gradually his muscles began to relax and his pain to diminish.  Since returning to the UK Mahesh sent me an email to tell me that ‘my pain is gone’.

The fortnight seemed to whizz past in a bit of a blur and it was soon time to wind down the clinic and return home.  The whole experience was both exhausting and fascinating and one that I am very grateful to have had the opportunity to be part of.

For any acupuncturist or acupuncture student who relishes a challenge and enjoys being part of a team, volunteering for World Medicine is a fantastic opportunity.

We use cookies to ensure that we give you the best experience on our website. If you continue browsing we'll assume that you are happy to receive all cookies from these pages. AcceptAbout Cookies