World Medicine is managed by a Board of Trustees, who serve voluntarily and who meet regularly in person and by Skype. They are responsible for developing, monitoring and evaluating the work of the Trust, deciding on the location and duration of projects, and the appointment of volunteer teams and leaders. 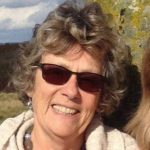 Alison is a trustee of the World Medicine Charitable Trust and currently the Chair of the Trust.

She has been involved with the charity for a number of years and was a volunteer in Chaparda, Gujarat for 4 years between  2014 and 2018, as a practitioner and also supporting the team of volunteer acupuncturists and translators and overseeing the data collection. She helped setup (with Rachel Peckham of NADAGB) the project to assist those effected by the disaster at Grenfell Tower and is still involved with this at a distance.

Alison has recently retired after 35 years as a practitioner of acupuncture and Chinese herbal medicine, which she had studied in China, the UK and Europe.

She was recently made a Fellow of the British Acupuncture Council for her services to the profession over the years. These included coordinating the first Acupuncture Research Resource Centre for 5 years and teaching for over 10 years at the Northern College for Acupuncture, including running the clinical education. From 2008-2014 she worked for the British Acupuncture Accreditation Board as an officer, taking responsibility for the progress and development of acupuncture teaching institutions and their courses to ensure they met the standards set by the BAcC and BAAB.

Currently, and since 2011, she has worked as a mentor and supervisor and hence supports the next generations of acupuncture practitioners. She has published a number of articles. 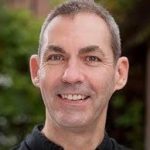 Phil is a Trustee of the World Medicine Charitable Trust (WM). He is now responsible for the WM Project in Gujarat, India, which sets up an annual multi bed acupuncture clinic from a hospital in Chaparda serving hundreds of impoverished people from the local rural community.

His first visit to the Project was in 2013. He was subsequently involved in setting up an Acupuncture Pain clinic and training local hospital staff in administrating a basic auricular protocol. During Phil’s last visit in December 2016 he was Team Leader to the WM volunteer group of acupuncturists who worked at Chaparda.

Phil is an enthusiastic and passionate acupuncturist who runs a thriving clinic in Selby, North Yorkshire. He attained a First Class Honours Degree in Traditional Chinese Medicine: Acupuncture, at the Northern College of Acupuncture (NCA) and is a fully qualified member of the British Acupuncture Council. Phil specialises in muscle-skeletal disorders, stress / anxiety and fertility issues.

Over the past 6 years Phil has worked at the Northern College of Acupuncture as a Clinical Skills and Points location teacher, Business Stream leader and Teaching clinic locum supervisor. 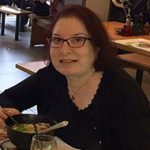 Najma is a trustee of the World Medicine Charitable Trust.

She has been involved with the charity since 2016 when she volunteered as a translator in Chaparda, Gujarat, India. She got involved in data analysis for the 2016 and 2017 trips.

Najma has spent over 28 years in the Financial Services sector which has given her exposure to a broad range of experience in regulatory and insurance environments.  She has experience of corporate governance, risk analysis, project management and data collection. During her career, she has mentored and trained staff on career advice as well financial regulatory requirements.

She is qualified as a teacher of secondary Mathematics and now works part time with children aged 5 – 16 in small groups and on an individual basis.  Whilst in Chaparda she also worked in the schools teaching English and lectured at colleges on Communication and Interpersonal skills to undergraduates.

She has participated in the Local Community Affairs scheme including mentoring students at various schools in Tower Hamlets. She has also been a school Governor and volunteered as a companion for visually impaired individuals through Middlesex Association for the Blind.

She swims and does yoga to keep fit, and since 2012 is now a keen Bridge player.

Emma is a trustee of the world Medicine charitable trust and has been involved with the charity since 2016 when she volunteered as an acupuncturist in Chaparda.

Emma has been an acupuncturist for 20 years originally gaining her Lic Ac from the College of Traditional Acupuncture in 1998.

She went on to gain a first class honours degree in Traditional Chinese Medicine from Middlesex university in 2012.

In addition she has studied in Israel and China and has a wealth of experience in all areas of healthcare. Emma’s career as an acupuncturist ran parallel with her work as a nurse and midwife for many years before taking the plunge 8 years ago and immersing herself in a very busy private practice.

She is passionately committed to our project in India and strongly believes that World Medicine has a positive and significant impact on the health of many people who are reached by the projects.

She balances her work life by travelling, walking her dog Malky and endless baking for her grateful family! 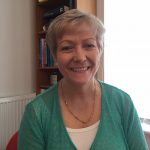 Barbara is a trustee of the World Medicine Charitable Trust. She first joined the Chaparda Project in 2014 and has been on two subsequent visits.

Barbara has worked in a diverse range of industries, from direct marketing companies involved in stock market flotation; to UK’s largest energy generator during the Y2K programme; to the MOD.  She was directly involved in specifying and managing business systems and databases to ensure the production of precise management information and the support of operational activities.

She gained a BSc Hons degree in Acupuncture at the College of Integrated Chinese Medicine in Reading and has been in practice for 11 years.  Barbara is also a Tuina practitioner and is a member of the British Acupuncture Council.  Providing palliative care has been a strong thread in Barbara’s work since qualifying, and she also has particular interest in nutrition, treating stress/anxiety and pre/post conception.

In 2017 Barbara moved from a full-time practice in North Wilts to Shropshire, where she is busy setting up her new practice.  She is a keen Nordic walker having walked extensively in UK, Spain, Portugal, and Morocco.

We use cookies to ensure that we give you the best experience on our website. If you continue browsing we'll assume that you are happy to receive all cookies from these pages. AcceptAbout Cookies